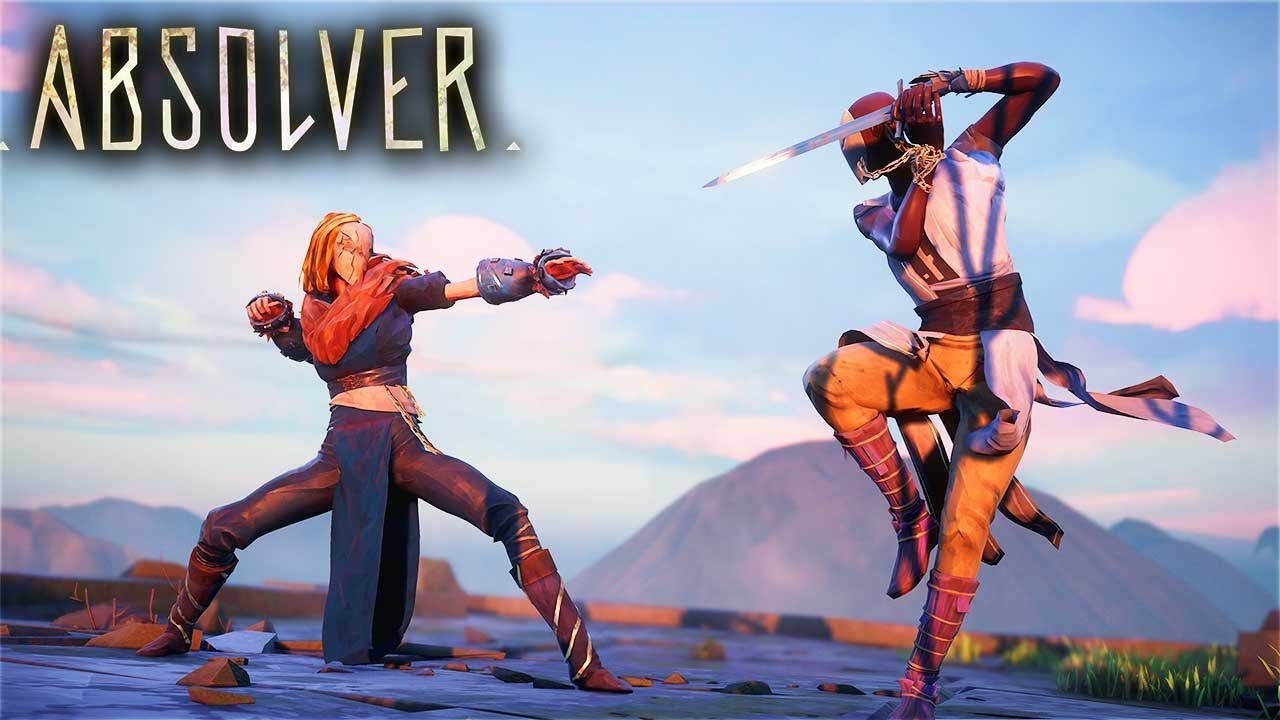 Absolver is a unique online melee action game, blending 3D fighting with exploration and social interactions. The core gameplay is a deep but accessible combat system that aims to reflect the beauty and depth of martial arts combat, and which allows players to create their own unique playstyle via the customizable Combat Deck.

Absolver is about more than fighting, and as players wander through the ruins of the fallen city of Raslan, they will encounter other Prospects seamlessly, and build relationships with each other as they team up in coop, teach each other new moves while sparring, create schools of combat and become mentors, or duel each other in the ruins of Raslan.

Players make the journey from lowly Prospect to vaunted Absolver by training through combat, finding and defeating specific nemesis characters in the world, and reaching the top of the Tower of Adal. Once they achieve Absolution they are free to roam the land engaging in combat, becoming a mentor to those that wish to learn from them, and entering into more traditional 1v1 matches.

Players will find that the more they put into Absolver, the more they get out of it. While the game can be played offline as a solo adventure it is most certainly designed to be played online with others, whether it be through cooperative PvE or in PvP versus mode so we encourage you to find others to play with as prior to launch the number of players online will be less than normal. Please note, Absolver is best experienced with a gamepad on PC and works with PlayStation 4, Xbox One, and Xbox 360 controllers by default.