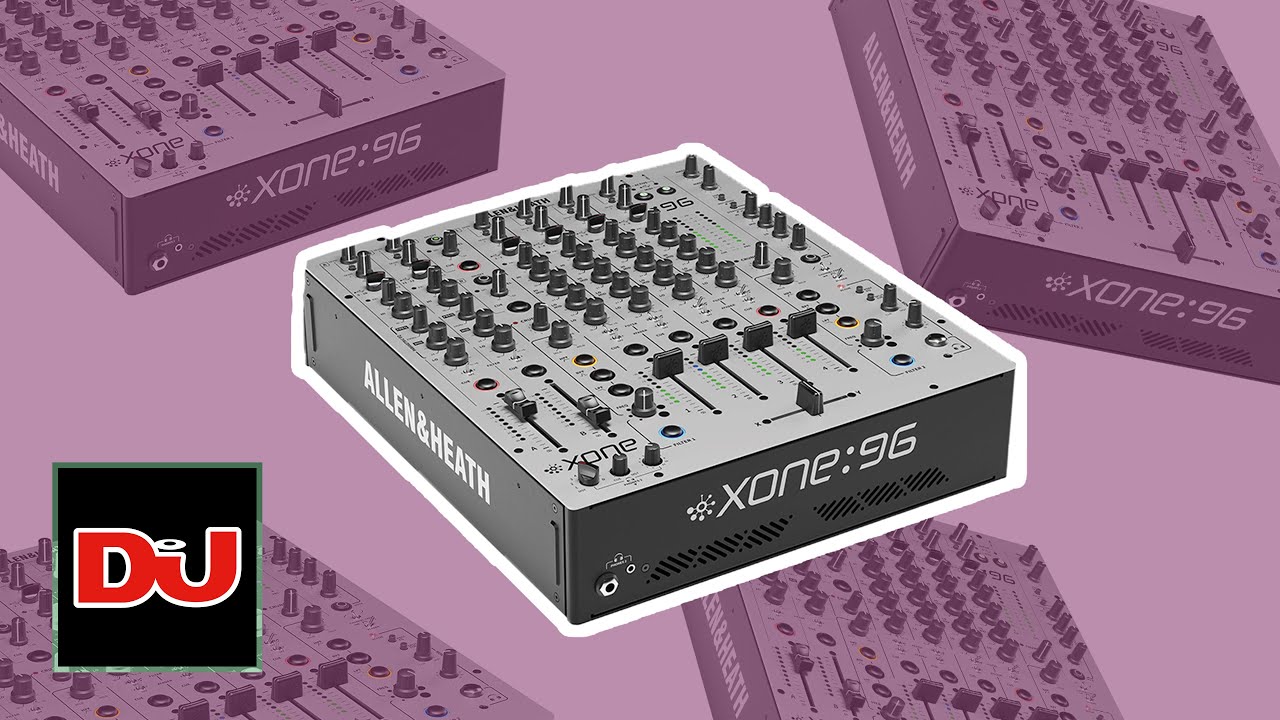 We look at the new Allen & Heath Xone:96 DJ mixer and explore the latest improvements on their flagship model. Is this the best mixer a DJ can buy?

the update retains the 92’s familiar layout while adding some modern features and extra performance functions to bring the mixer up to date with the requirements of modern DJ’s.

The most obvious addition is the dual USB ports, allowing up to two DJs to connect directly to their computers for easy switch over and to use up to six channels from their DJ software via a single cable. Each of the two soundcards are 32-bit and can operate independently.

The other major new feature is a Crunch control, adding some harmonic distortion to the Xone’s famous analogue filters. Elsewhere, there’s a new three-band EQ for the booth output and you can now adjust the slope of the Xone’s faders – finally!

The send and return options have also been upgraded with a master S/R adding to the four dedicated S/R channels. Interestingly there’s also a 3.5mm ‘Audio Sync Out’ port which we assume is for use with Eurorack or any other 3.5mm compatible hardware. A&H have obviously listened to their main users and the Xone’s focus on performance has been clearly influenced by the shift in how DJs are incorporating more studio-style techniques and hardware into their sets. It’s clear too that Playdifferently’s MODEL1 has had an influence with some of the features now showing up on the 96.