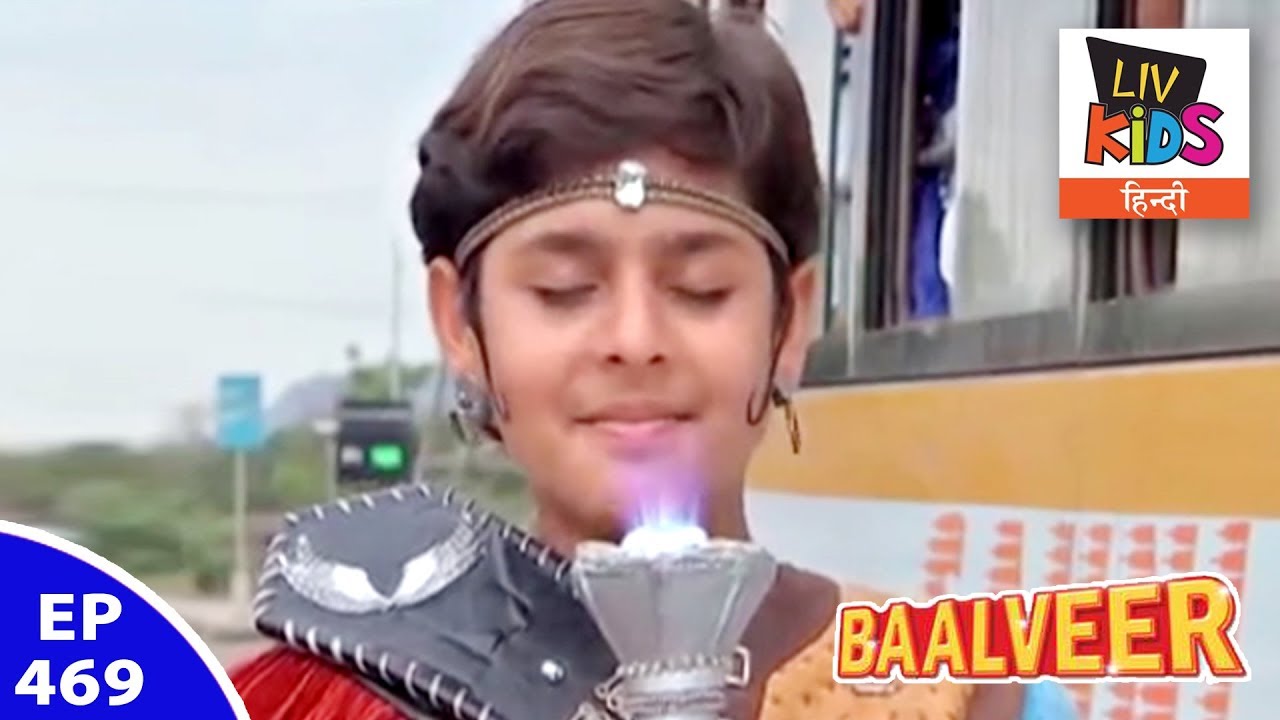 Episode 469:
—————————-
Manav and his friends get ready for Imagica. While on their way to Imagica, the bus in which they are travelling in breaks down. Baalveer comes to their rescue. Bhayankar Pari plans to gets her hands on Baalveer’s magical wand. She sends Tauba Tauba to Parilok to find out details on Baalveer.

About Baalveer:
————————–
Baal Veer is a story about a supernatural human boy, who is blessed with superpowers of seven fairies. There are numerous fairies in Pari-Lok and each fairy has her own basic characteristic according to her name. However, Maa Pari enthrones the Bahuroopi Pari as the Rani Pari. Bhayankar Pari, with help of her assistant Tauba-Tauba, tries to become Rani Pari but, later, is defeated by Baal Veer. Baal Veer protects the Pari-lok and fairies, and the kids around the world from evil-powers. He teaches the kids to always be good and true. He lives undercover as a human boy Ballu with his close friends; Manav and Meher, as their adopted sibling. The kids and their friends are often troubled by their schoolmate Montu, but Baal Veer comes to their rescue. Later, fairies also bless the superpowers to Manav and Meher to help Baal Veer, and they are respectively named as Baal Mitra and Baal Sakhi.